The impact of climate change on agriculture

According to a study on the state of Canadian agriculture, 84% of people surveyed believe climate variability has a significant impact on their operations. Of the climate factors that affect agricultural operations, extreme and unpredictable weather is the most cited. 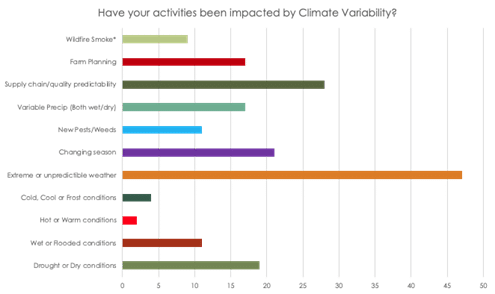 There are several climatic hazards impacting the agricultural sector:

Data portals such as ClimateData.ca provide information on the evolution of important climate indicators. The main reasons farmers use climate data sites are to: 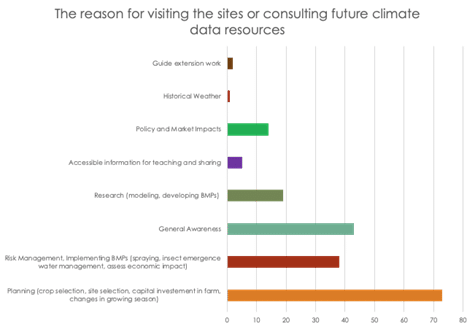 ClimateData.ca provides agricultural professionals with indicators that help them assess the critical nature of future situations and make the best decisions. In particular, it provides minimum and maximum temperatures, the amount of precipitation as well as any climate indicator based on one of these three variables. For example, the portal is useful for assessing changes in humidity levels, maximum number of precipitation days and the number of rainy days exceeding certain fixed thresholds (1 mm, 10 mm, and 20 mm).

Drought is an important issue for farmers. Some regions of Canada are more affected than others by extended periods of drought. These extreme events result in significant crop losses and disrupt the sustainability of agricultural operations [3].

ClimateData.ca uses the Standardised Precipitation-Evapotranspiration Index, SPEI [4], to assess the risk of future droughts. According to Figure 1, the 2041-70 horizon shows negative values (coded in brown) to indicate a water deficit. Increased droughts are expected throughout the southern part of the country, particularly in the Prairies.

With future increases in duration and number of droughts, farmers will be required to adopt coping strategies including improved monitoring using SPEI (Figure 1).

There is another factor that determines the shape of agriculture in a given region: the growing season (Bradshaw et al., 2004). The growing season for crops is the amount of time plants have to grow in a given year [5]. This has increased significantly (about two days per decade) from 1950 to 2010 and is likely to continue to increase steadily with climate change (see Figure 2). 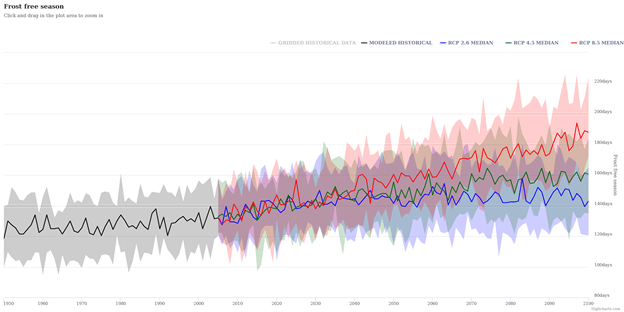 Figure 2: Evolution of the length of the growing season in Killarney, Manitoba.

As with droughts, it would be useful for farmers to keep a watchful eye on growing seasons in the future using ClimateData.ca.

Farmers must adapt all the time. [7]

With the climate projections available on ClimateData.ca, farmers and other agricultural decision makers will be better equipped to define adaptation strategies.

Here are some examples:

In short, Climatedata.ca is a user-friendly tool that offers a glimpse into the future, allowing the generation of climate projections up to the year 2100.

By anticipating more precisely the future impacts of climate change, agricultural stakeholders will be able to make the best decisions to reduce risks for their crops and their land.

6 Soil water transfers to the atmosphere.